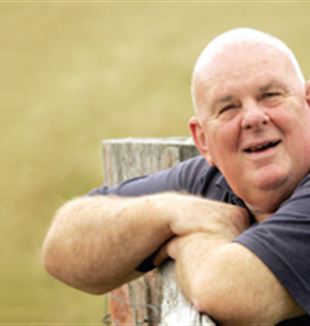 The first time I heard Les Murray in person talking about himself and reading his poems was a chilly autumn evening in Milan, around 2004 from memory. He had been invited by the San Carlo Cultural Centre to present his book “Fredy Neptune”, a novel in verse which describes the experiences of an Australian of German parentage, during the years between the world wars. For this book he won the “Premio Internazionale Letterario Mondello” in 2004.

Fast forward ten years and I find myself back in Australia living less than two hour’s drive from Bunya, near Taree, the area where the farm Les grew up on and spent the last years of his life can be found. He died on the 29th April 2019, aged 80, in a nearby Taree nursing home.
His poetry opened up for me a new angle on the beauty of nature in this part of the world. The old timber mill towns, the forests intermingled with rich grazing lands. Les painted in his poetry a blend of both the land and its inhabitants (both aboriginals and Europeans), giving his poetry a unique Australian identity. The countryside near Taree is one of our favourite Sunday drives, particularly beautiful in autumn, and it is paritcularly fascinating this year to see how the scars of the severe 2019 bushfires are slowly being healed.

Les converted to Catholicism in 1964, at the age of 26, two years after marrying Valerie, a Catholic of Hungarian-Swiss descent whose family migrated to Australia when she was a child. Her impact on his life was profound and enduring. She inspired and steadied him, in various ways, during their 57 years of marriage. Murray and Valerie had five children and in 1985 finally moved back to Bunyah.
Later in his life, when talking about his conversion he said: “I was fascinated by the idea of the Eucharist. It absolutely wowed me. Anybody who’s interested in imagery has to be interested in that type of fusion, metaphor taken all the way to identity.” Les Murray’s sense of the power of the Eucharist was physical and immediate. In The Boys Who Stole the Funeral (1980), an extraordinary novel presented in poetic form, he described the Eucharist as the “food that solves the world.” . His vision of the future of our culture was vivid, even apocalyptic, as he saw it falling back into a horrible and blood-stained barbarism:
“It was all resolved once: this is My Body, My Blood, It’s coming unsolved now. And your thinkers did it. The blood is on the thinkers.” 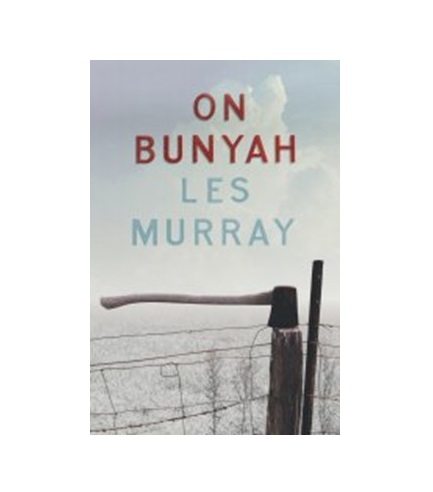 His poetic sensibility together with his sense of sacramental reality brings to his poems a joyous prayer-like feeling. In his poems the hidden Mystery in all reality is brought to the reader's attention; the visible contains the spiritual, whether it be a man crying for no apparent reason in the centre of the city of Sydney (An Absolutely Ordinary Rainbow),
or a simple pair of shorts: "spirituality with pockets!"(The Dream Of Wearing Shorts Forever)