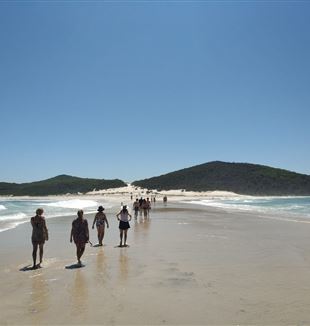 The first CL communities arose on the opposite sides of Australia. John and Silvia Kinder in Perth and Renzo and Rosanna in Sydney had met the Movement in Italy some years before. In 1999 Schools of Community began in Perth and in Sydney. Shortly after, Raffaella and Matteo moved to Melbourne from Italy and gathered friends around them. These isolated groups were kept in touch through the paternal guide of Fr. Ambrogio Pisoni, who encouraged unity and friendship. During a visit of Fr. Ambrogio, who visited Australia several times in the first years of the Movement’s presence, Fr. Giussani ‘visited’ Perth, Australia via a telephone call to the Kinders’ house on New Year’s Eve 2000. 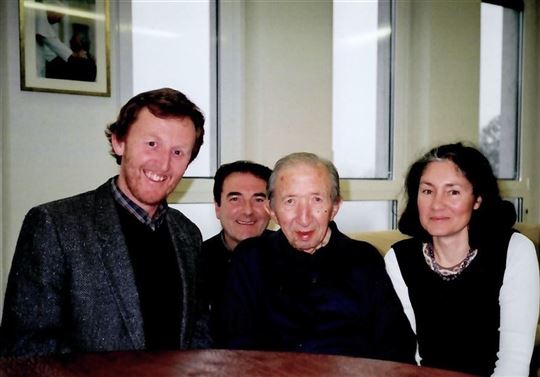 The Spiritual Exercises were held for the first time in 2005, in Perth, leading to friendship with the Benedictine community of New Norcia. The Exercises are now held in three cities: Sydney, Melbourne and Perth. The first national vacations were held in 2008 in Perth, and in 2009 in Melbourne. Fr. Emanuele Silanos, of the Priestly Fraternity of the Missionaries of St. Charles Borromeo, began travelling from Taiwan to visit the communities.

Meanwhile, across the Tasman Sea, similar unpredictable stories were unfolding. Matthew Young in Ashburton and Fr. John O’Connor in Christchurch had known each other previously, but each encountered the Movement separately, Matt in New Zealand and Fr. John during a retreat for priests in the United States, at which Mgr Lorenzo Albacete was a speaker.
When John Kinder put them in contact, they began holding a School of Community in the Rakaia pub (watch the video below). In 2011 all three met up, together with family members, for Spiritual Exercises, in Hamner, New Zealand.

In both countries, the communities grew. Visits from individuals from Italy and other countries, travelling for study or work, strengthened the dimension of belonging to an experience that embraced the world and also helped us learn Fr. Giussani’s method.

For some years, an Asian diaconia brought the new communities into contact with groups around South and East Asia.
From the early 2000s, members of the local communities began attending the International Assembly of Leaders of CL and the Rimini Meeting. This was facilitated by the gift of friendship with the CL Fraternity of Fidenza a small town in Italy, who adopted us during our time in Italy.
The journey of Benedict XVI to Sydney for World Youth Day 2008 was an opportunity for Australians to spend time with a contingent of young Italians.

Fr. Julián Carrón visited friends of the Movement in New Zealand and Australia during Holy Week 2014, spending time in Christchurch, Melbourne and Perth. Read here an article about Carrón's visit.

In March 2015 John Kinder and Fr John O’Connor travelled to Rome to meet Pope Francis. The movement worldwide gathered in St Peters Square, ten years after the death of Fr Giussani, to ask the Holy Father for guidance in living the charism in a fast-changing world. Read here an article about it.

The communities stay in touch despite the great distances. School of Community in Sydney uses computer calls to involve those who cannot be present “in the flesh”, friends in other cities, including Tasmania. People from one end of New Zealand to the other meet for School of Community on Zoom, with friends from Australia.

The technology also allows the groups in each city to follow Father Carrón’s monthly School of Community, and the responsibles of the Australian communities to meet regularly.